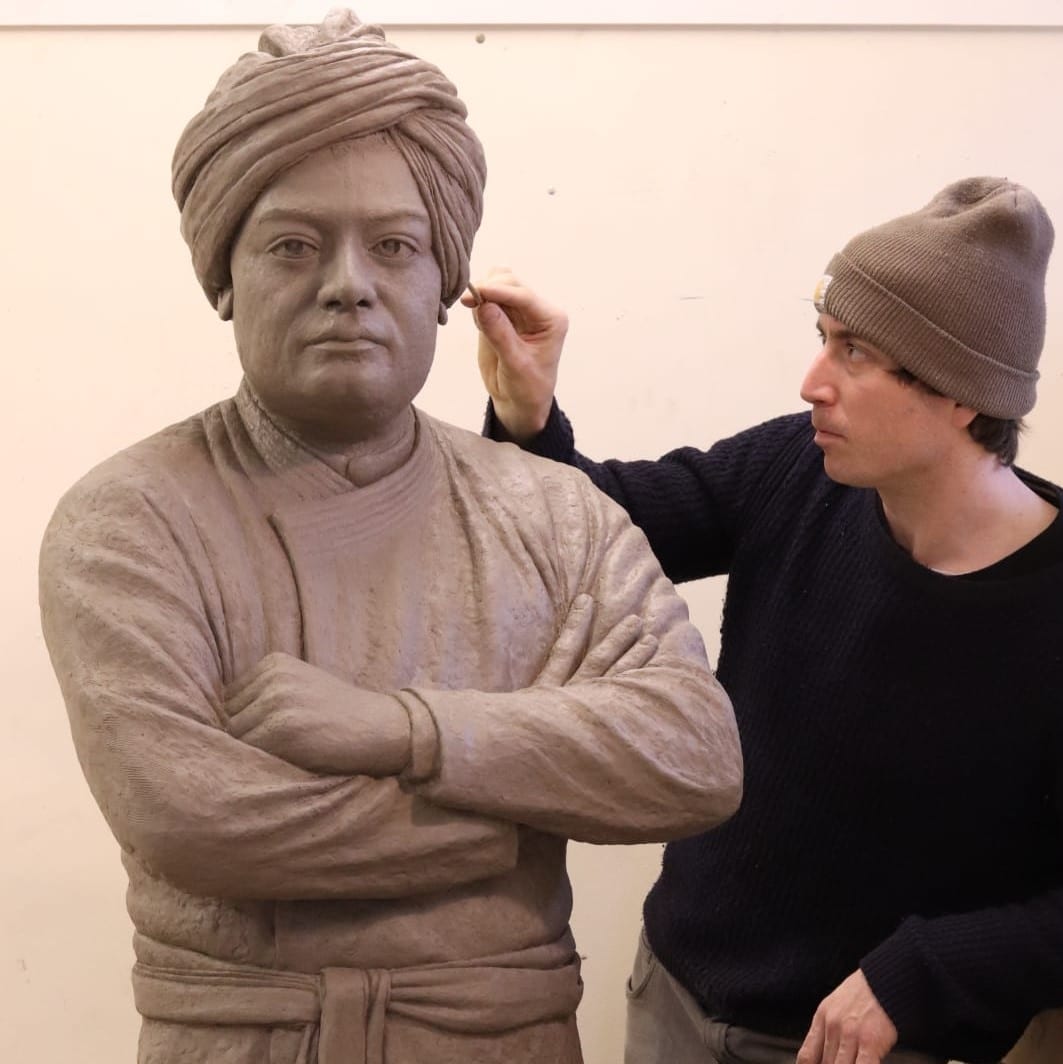 QEST Scholar Tom Nicholls is currently working on a large sculpture of the Hindu philosopher Swami Vivekananda (1862-1902) for the grounds of Harrow Arts Centre in London.  The project began when the local community approached the ex-Mayor of Harrow, Mrinal Choudhury, with the idea of a sculpture for the high number of Hindus in the area.  Choudhury subsequently commissioned the work of Vivekananda (1863 – 1902), a Hindu monk and one of the most celebrated spiritual leaders of India.  Vivekananda attempted to combine Indian spirituality with Western material progress, and was a key figure in the introduction of yoga to the Western World.  He leapt to fame at the Parliament of Religions in Chicago in 1893 where he represented Hinduism.  With his deep spiritual insight, eloquence and role as India’s spiritual ambassador to the Western world, Vivekananda is regarded as a highly important and influential figure of modern India.

This picture shows Tom with the clay model he is using as a guide for the stone sculpture.  When the finished work is unveiled later this year it will be the only large scale stone sculpture of Vivekananda in Europe. 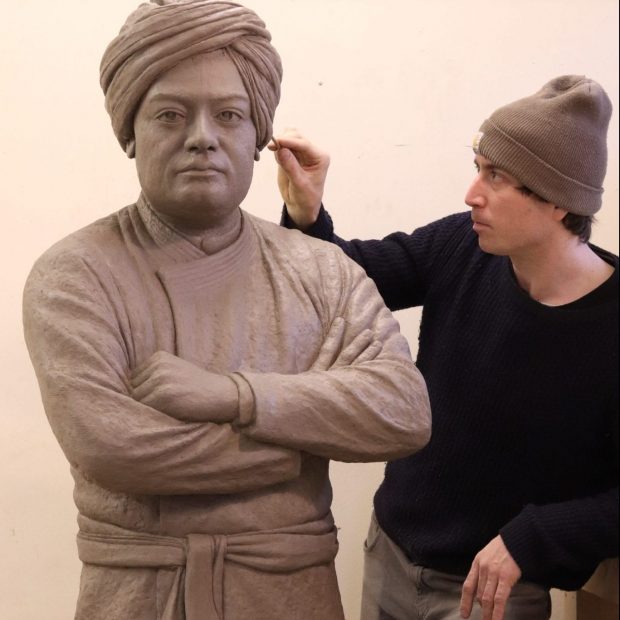