Julian is one of the UK’s leading potters and writers on ceramics. He took up pottery at sixteen and went on to study at Camberwell School of Art and the Royal College of Art. He has exhibited internationally for more than three decades and has work in thirty public collections including the Victoria & Albert Museum, UK; British Museum, UK; American Museum of Art & Design, New York; Mashiko Museum of Ceramic Art, Japan; Kolumba Museum, Cologne and the Museum Boijmans Van Beuningen, Rotterdam.

In 2004 as an established mid-career artist Julian was awarded a QEST Scholarship to research the making and firing of monumental ceramics in industrial brick factories. By combining the best of both studio and industrial practice, Julian was able to create a new body of work that was both artistically and technically ground-breaking.

His work is noted for its purity of form, elimination of superfluous decoration and muted palette of oppositional colours. It is characterised by the juxtaposition of a wide scope of materials, encompassing translucent porcelain, unrefined natural clays and also Julian’s own range of specially formulated coloured and basalt clays. Julian is particularly concerned with the architectonic qualities of ceramics: from the rigorous simplicity of his thrown cups and beakers through to his collaged forms and monumental jars, his work is an exploration of volume and space. These architectural relationships are further articulated with the carefully proportioned plinths or ‘Grounds’. Whether working on a domestic or monumental scale, Julian celebrates the materiality of ceramics, the dynamics of use and the transformation of the ordinary into the extraordinary.

A regular contributor to ceramic publications since the 1980s, Julian is an authority on the history of English studio ceramics. In 2002 he completed a PhD at the Royal College of Art researching the critical origins of English studio pottery. 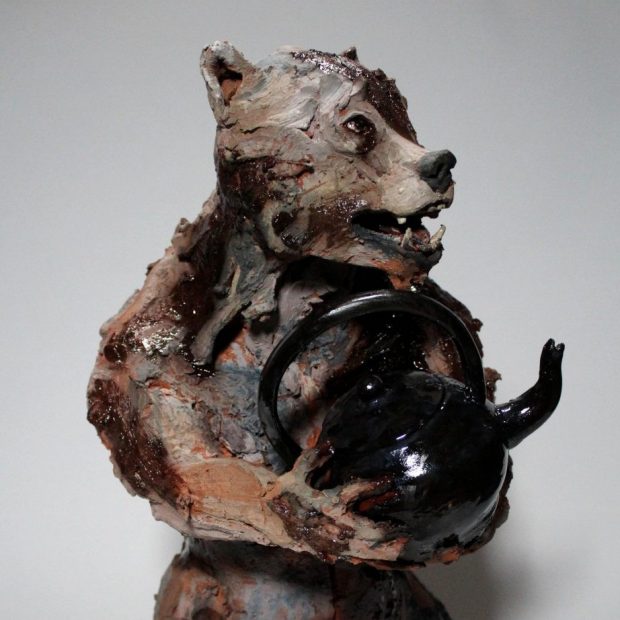 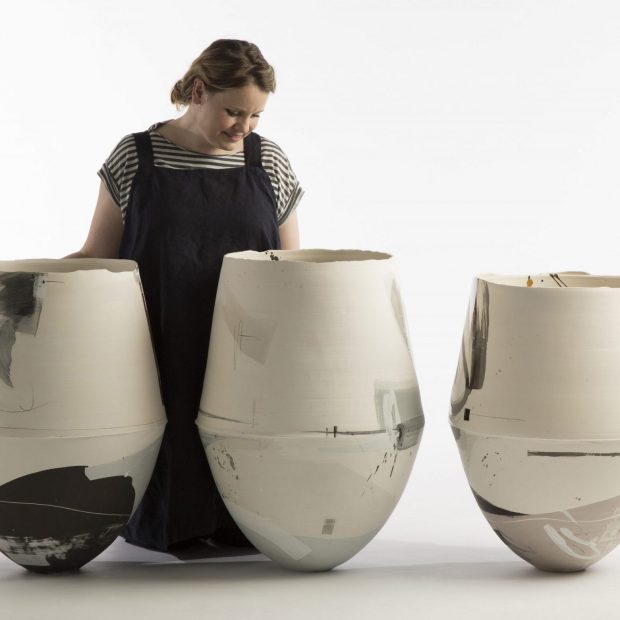