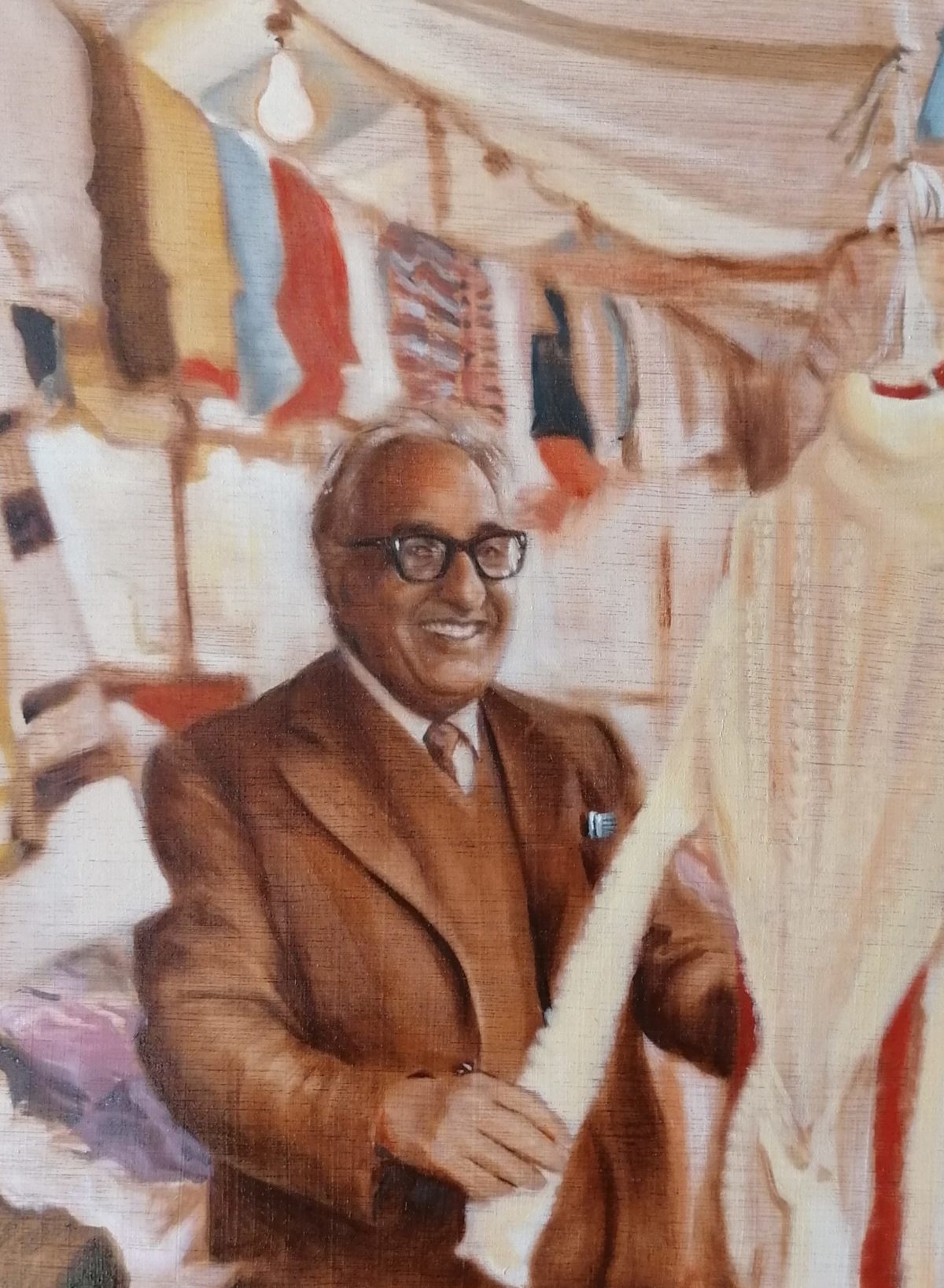 As part of Represent York, a campaign to tackle racial injustice in the art community in York, specifically within York University’s art collection, artist Suman Kaur was invited to submit a painting to the permanent collection. Suman’s portrait is of her grandfather, Dharam Singh Saggoo who migrated to Yorkshire in the late 1950s.

She comments, “my late grandfather born in Rurka Kalan Punjab India and migrated to Yorkshire in the late 50s. He began working as a joiner with Mary Harrison Construction based in Leeds and also went onto selling clothing door to door, walking as far as Knaresborough and Kirkstall to sell. During this time he learned of York market opportunities. Stalls were given on a first come first served basis and it was some time waiting week on week for an opportunity to have a stall. He eventually got one. Some time after there was a raffle with other stall holders to decide who would get another stall, which he won. He lived in York from 1964 then went on to rent a factory around the Corn Exchange site in Leeds in 1969, named AHB fashions after the initials of his children. He moved to York and opened a clothing shop Lowther Street therefore working as a manufacturer, wholesaler and retailer.“ 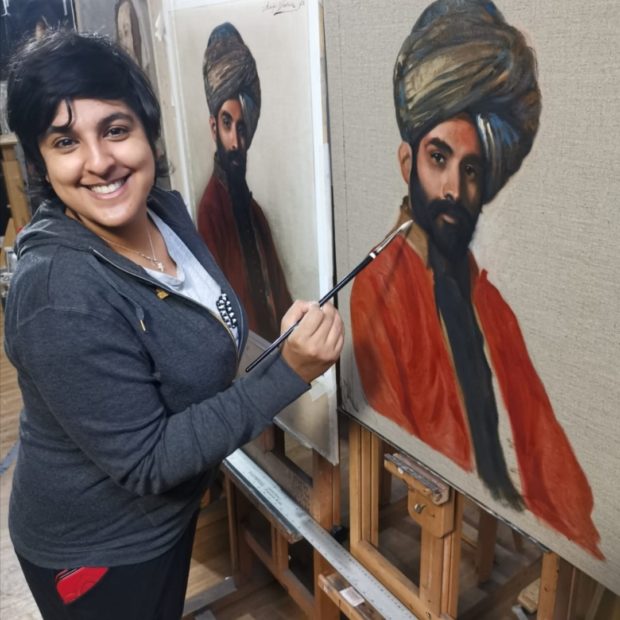