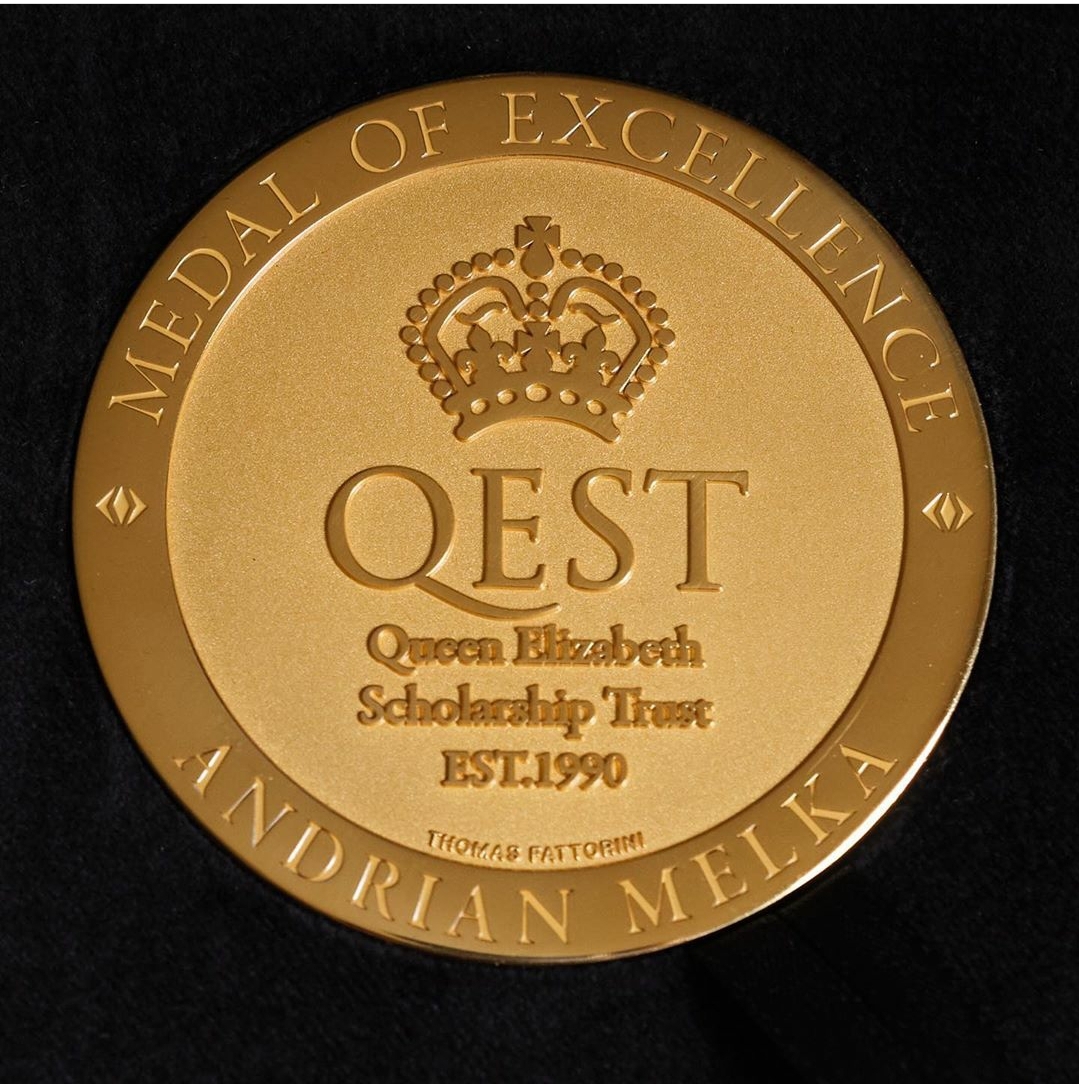 Congratulations to sculptor and stone carver Andrian Melka, who was presented with this year’s QEST Award for Excellence in a virtual ceremony last week. Kindly sponsored by Thomas Fattorini, the medal is awarded annually to a QEST Scholar who has made a significant contribution to their craft, and the craft sector, both through their work and teaching.

Andrian specialises in creating portrait sculpture in bronze and statues in marble and limestone. From Melka Sculpture Studio in Yorkshire, he explores the timeless fascination of the human form, working directly with his materials without the need for full size models – much in the same way as Michelangelo would have done.

Andrian has completed a number of high-profile commissions including ‘Battle of the Centaurs’ for Lord Rothschild, ‘Medici Venue’ for Chiswick House Gardens and the ‘Spirit of the Ocean’ fountain in Santa Barbara. Other clients include Fred Landman, Lord Halifax and HRH The Prince of Wales.

Born in Albania, Andrian left during Civil War in 1997 on a Getty Scholarship to study at the Building Crafts College in London. At the end of the year, was awarded the City & Guilds Silver Medal for Excellence. He then moved to York to work as Head Sculptor with renowned carver Dick Reid, working on high profile commissions including the Golden Jubilee Fountain for Her Majesty The Queen’s Sandringham Estate.

In 2008, Andrian self-funded one month of study in Pietrasanta, Italy and, with support of a QEST Scholarship, was able to stay for a further three, learning to upscale sculpture from a small maquette to any size of block.

Whilst exhibiting on the QEST stand at the Concours of Elegance 2018, Andrian began to sculpt a portrait of Formula 1 legend Sir Jackie Stewart, which he later offered to Sir Jackie’s charity, Race Against Dementia, to sell and raise funds. They were thrilled with the idea, and commissioned a further two portraits in bronze. His bronze portrait of Kirby Howell-Baptiste was selected for the Society of Portrait Sculptors’ FACE 2019 exhibition at La Galleria, Pall Mall, and Andrian frequently runs portrait sculpture courses in York.