The Art of Conservation by Tim Knox 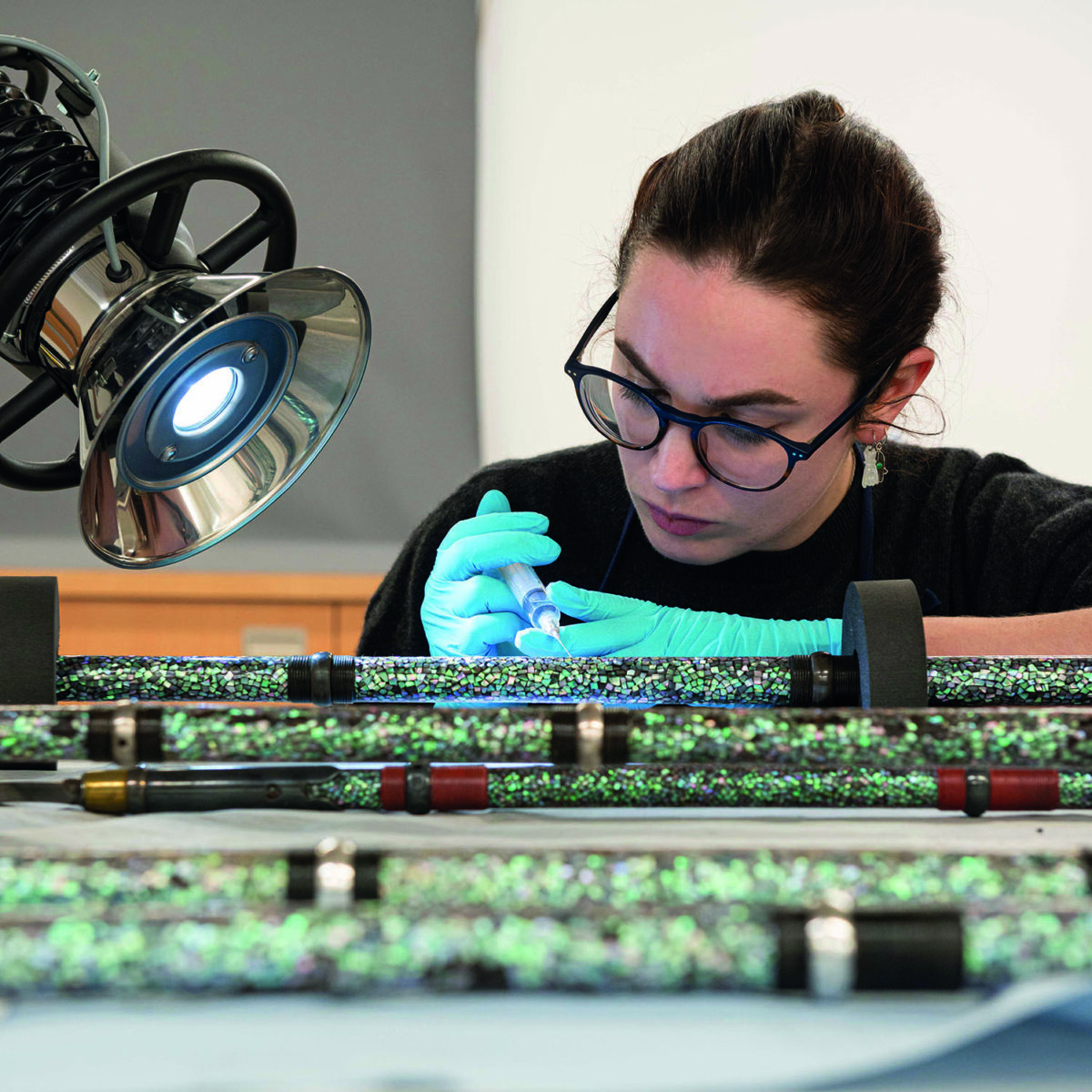 A wide range of crafts and skills are vital in keeping the Royal Collection in spectacular condition, says director Tim Knox

Immured behind the high walls of Marlborough House, just off The Mall in London, lie the Marlborough House Workshops, the Royal Collection Trust’s centre for the conservation of furniture and works of art. First established here in 1953, it is the workplace of a small community of expert conservators who look after the collections of Her Majesty Queen Elizabeth II.

In a large studio on the ground floor, senior furniture conservator Shaun Turner has just finished restoring a magnificent 19th-century Boulle bureau plat. The table’s intricate brass and tortoiseshell marquetry was repaired, its ormolu mounts cleaned and re-lacquered, and a new leather top was supplied. This will be returned to its historic setting in the Council Chamber in St James’s Palace. However, most of the furniture being conserved here will form part of the furnishings of the East Wing at Buckingham Palace.

The Buckingham Palace Reservicing Project, a decade-long project to upgrade the dangerously outdated services in the Palace, also encompasses major improvements to the presentation of the fine rooms that lie behind the main façade of Buckingham Palace, including the Centre Room, which gives access to the famous balcony.

The crucial difference between conservators working for the Royal Collection and those working for a museum is that items from the Royal Collection are still used in The Queen’s palaces – in some cases for exactly the same purpose for which they were commissioned centuries ago. Royal palaces are also supposed to convey a sense of magnificence, to provide an impressive setting for the work and spectacle of the Monarchy, so the distressed country house look – so prized, say, in a National Trust house – might not be appropriate in the State Rooms at Buckingham Palace or Windsor Castle. Thus, Royal seat furniture is regularly re-upholstered and the gilding refreshed, clocks must be in working order, and the gold and silver plate is still used for State banquets.

In an adjoining studio in the Workshops, Steve Sheasby, senior gilding conservator, refreshes the parcel-gilt carved details on a vast 19th-century sofa – one from an extensive set that marches down the sides of the principal corridor that connects the main rooms on the first floor of the East Wing. It has just been re-upholstered in pink silk-damask by the Royal upholsterers, who work from the purpose-built workshops established in the Home Park at Windsor in 2018. Hundreds of items of furniture are being refurbished for use in the East Wing, many of them retrieved from long-term storage. The work is shared out between the Royal Collection’s conservators and the Master of the Household’s “C-Branch” (C stands for “craftsmen”).

It isn’t just furniture that is receiving conservators’ attention. A series of spectacular Chinoiserie chandeliers – fragile confections combining painted-glass panels and ormolu elements – are being repaired and cleaned by David Wheeler, senior decorative arts conservator. These usually hang in the East Wing of Buckingham Palace and David oversaw the delicate task of dismantling them before the building works commenced; having them down at eye level makes you realise how large they actually are.

Another fascinating recent project was the painstaking conservation of a garniture of 19th-century Meissen “Schneeballen”, or “snowball”, vases – so-called because they are covered with hundreds of tiny, separately modelled, white ceramic flowers. They were in poor condition, moulting the little flowers, while many of the three-dimensional birds that also adorned them were missing extremities. Conservation intern Sophy Croft carefully fixed the detached flowers back into position and modelled new flowers, beaks and wing tips, toning them in to match. The restored vases will be put on display at Windsor Castle.

Many of the items that pass through the workshops are for display in the Queen’s Galleries at Buckingham Palace and Holyroodhouse. For example, the upcoming exhibition Japan: Courts and Culture – planned for the Queen’s Gallery, London in 2022 – encouraged the conservation of a series of Japanese lacquer cabinets and screens. And upstairs in the Marlborough House Workshops, Sophy Wills, senior metalwork conservator, is inspecting and cleaning a brace of richly mounted walking sticks, of ebony, ivory and horn, lavishly encrusted with gold and silver, all presented to the Prince of Wales – Prince Albert Edward, the future Edward VII – on his tour of India in 1875–76.

There are other Royal Collection conservation studios devoted to oil paintings, arms and armour (in which QEST J Paul Getty Jr Charitable Trust Scholar Francesca Levey is currently employed), works on paper – including photographs – and the Royal Bindery; in total, the Royal Collection employs 31 conservators. Sadly, financial restraints owing to the Covid-19 pandemic have forced the Royal Collection to pause its acclaimed internship programmes, including the Queen’s Bindery Apprenticeship Scheme – established in 2016 to train up a new generation of bookbinders. However, it is our intention, as soon as resources allow, to resume these training opportunities. Even in the current challenging economic circumstances, the Royal Collection is determined to continue to maintain a high standard of care for the remarkable collections of Her Majesty The Queen.

This article was written by Tim Knox, director of the Royal Collection, and originally appeared in the Summer 2021 issue of the QEST Magazine. 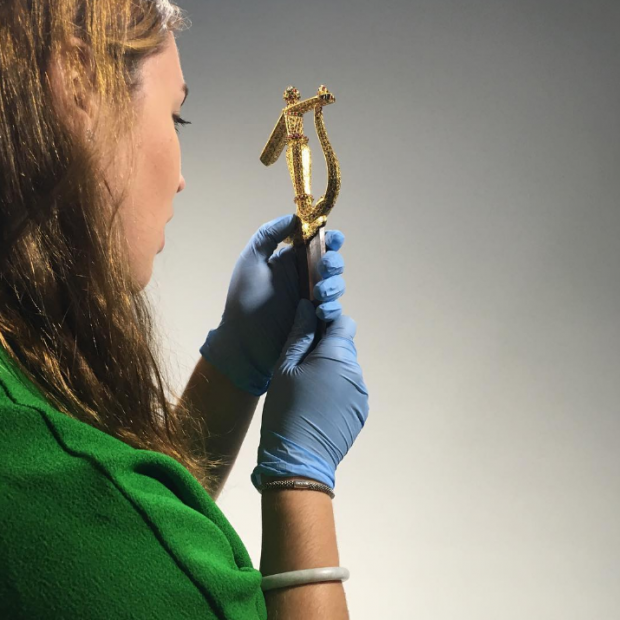