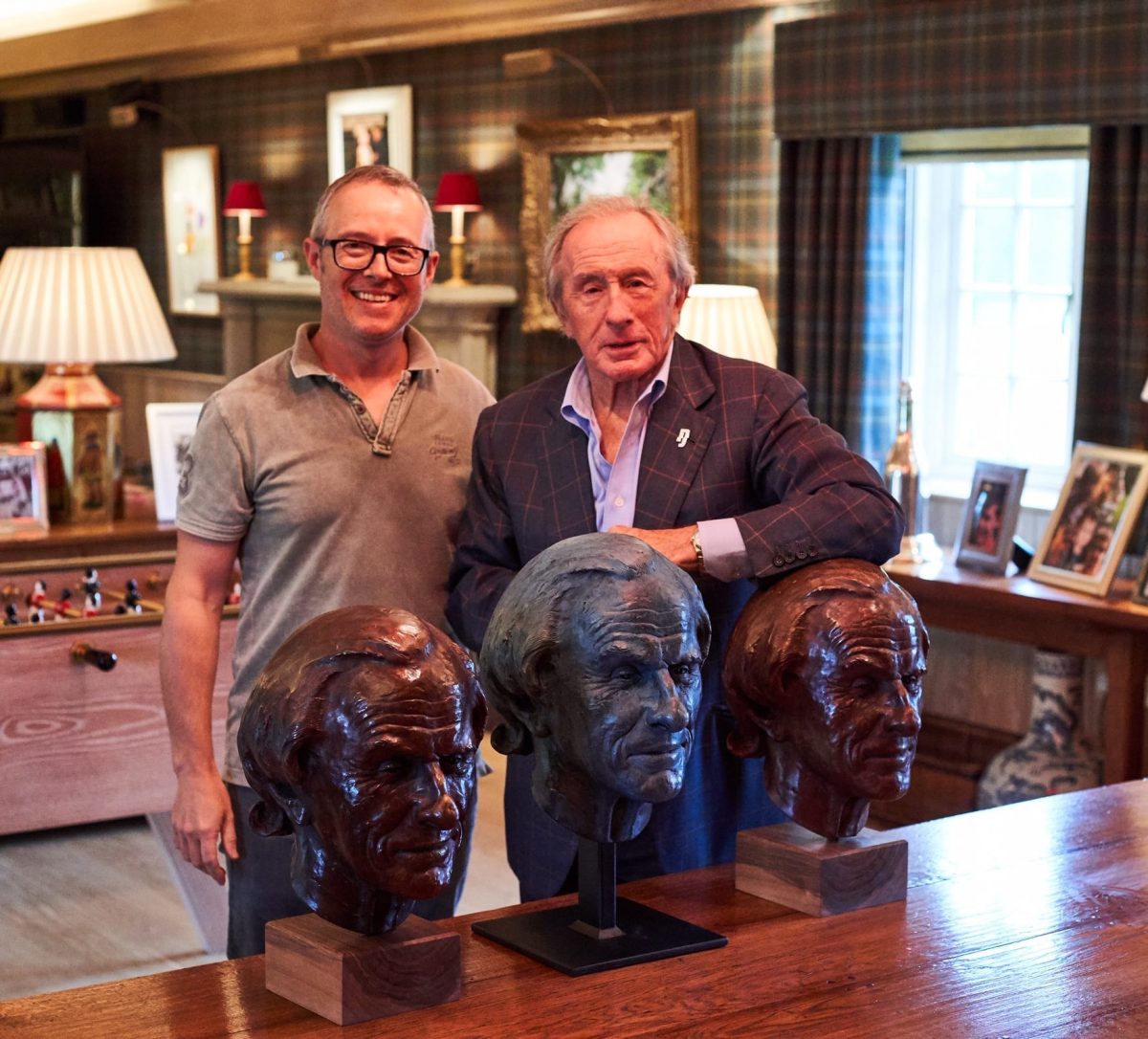 QEST Scholar and Sculptor Andrian Melka created a clay portrait of Sir Jackie Stewart while he was exhibiting on the QEST stand at Concours of Elegance at Hampton Court Palace in September 2018. While he was researching his subject and looking for suitable images to base the work on he discovered Sir Jackie’s wife is suffering from dementia.  In 2018 the racing driver and Formula 1 legend set up the charity Race Against Dementia, dedicated to finding new treatments and hopefully a cure for this disease.  As a result, Andrian cast his portrait of Sir Jackie in plaster and approached the charity to see if they would like to sell the work to raise some money. They were thrilled with the idea and asked him to cast two further portraits in bronze to also be sold to raise funds. This photograph was taken earlier this week when he delivered the three portraits to Sir Jackie at his home in Buckinghamshire. 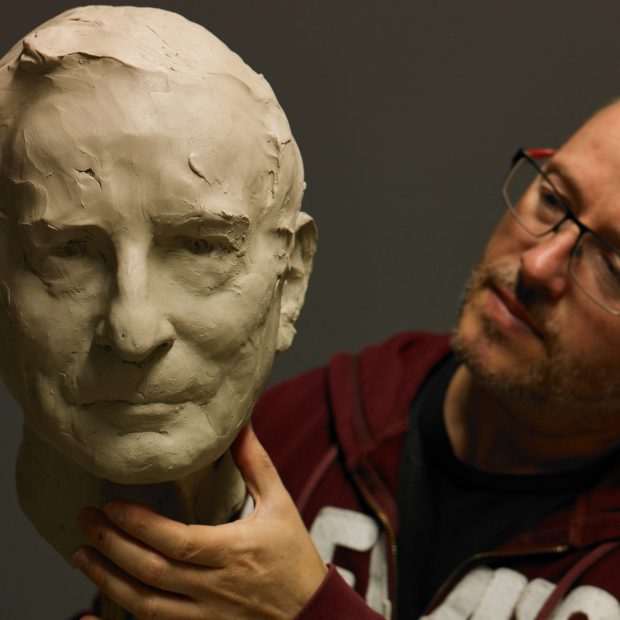